The 2020 global wildfire season brought extreme fire activity to the western U.S., Australia, the Arctic, and Brazil, making it the fifth most expensive year for wildfire losses on record. U.S. wildfire damages in 2020 totalled $16.5 billion, ranking it as the third-costliest year on record, behind 2017 ($24 billion) and 2018 ($22 billion). Three separate fires in California and one in Oregon generated over $1 billion in losses; 12 additional fires in California, Oregon, Colorado, and Washington each caused over $100 million in direct losses. The indirect costs were much higher: A 2020 study estimated that the direct plus indirect costs of the 2018 wildfire season in California were nearly $150 billion.

Fast and effective early detection is a key factor in wildfire fighting. Early detection efforts were focused on early response, accurate results in both daytime and nighttime, and the ability to prioritize fire danger. Xingtera’ and its partner has been offering the market with a cloud based, End-to-End turkey Smart Wildfire solution powered by AI based Fire Scan Robot, wireless technology, drone and data analytics platforms. The whole system is designed to achieve 24/7 always-on early smoke&fire detection through intelligent monitoring capabilities. By using the proprietary state-of-art technology, fire locations can be automatically identified and mapped to the DEM (Digital Elevation Model) of the AOI (Area of Interest).

Our Smart Wildfire system is consistent of AI based Fire Scan Robots, wireless network, web system management and mobile APP. It is a cloud based, End2End total solution consisting of:

The Fire Scan Robot includes two components: the Rotating Camera System (the Robot) and Computer (AI-Engine), is equipped with both Electro-Optical camera sensor and Infrared camera sensor. As you see here. The camera is connected to Pan-tilt head. It can rotate 360-degree, elevate upwards and downwards, programmatically or manually controlled by operator. With good Light of Sight environment, the thermal detection is fully automated. Otherwise, the semi-automated smoke detection is turned on to further assist the operator to monitor wildfire. 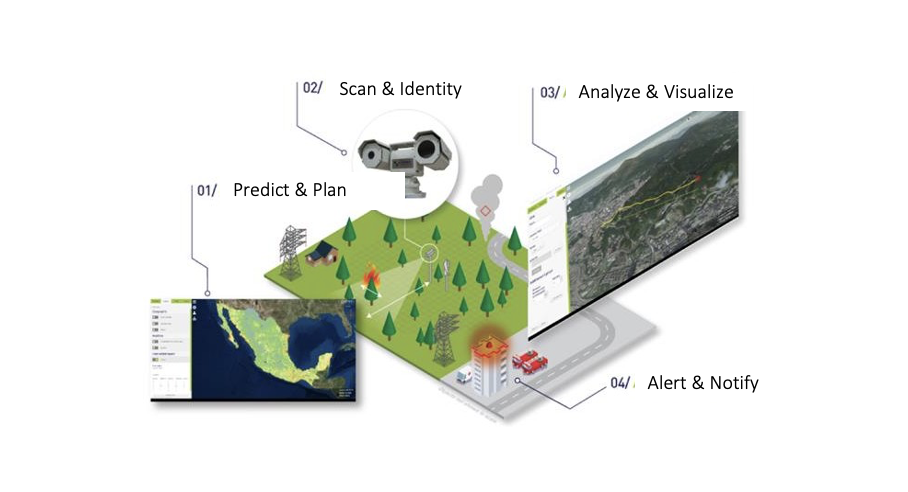 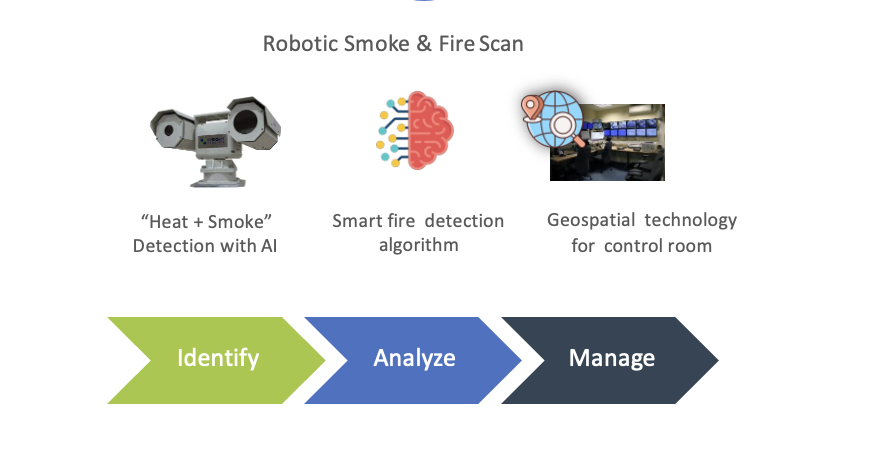 The scan robot is featured with dual-sensors including LWIR (Long Wave Infra-Red) detection and visual detection to achieve: 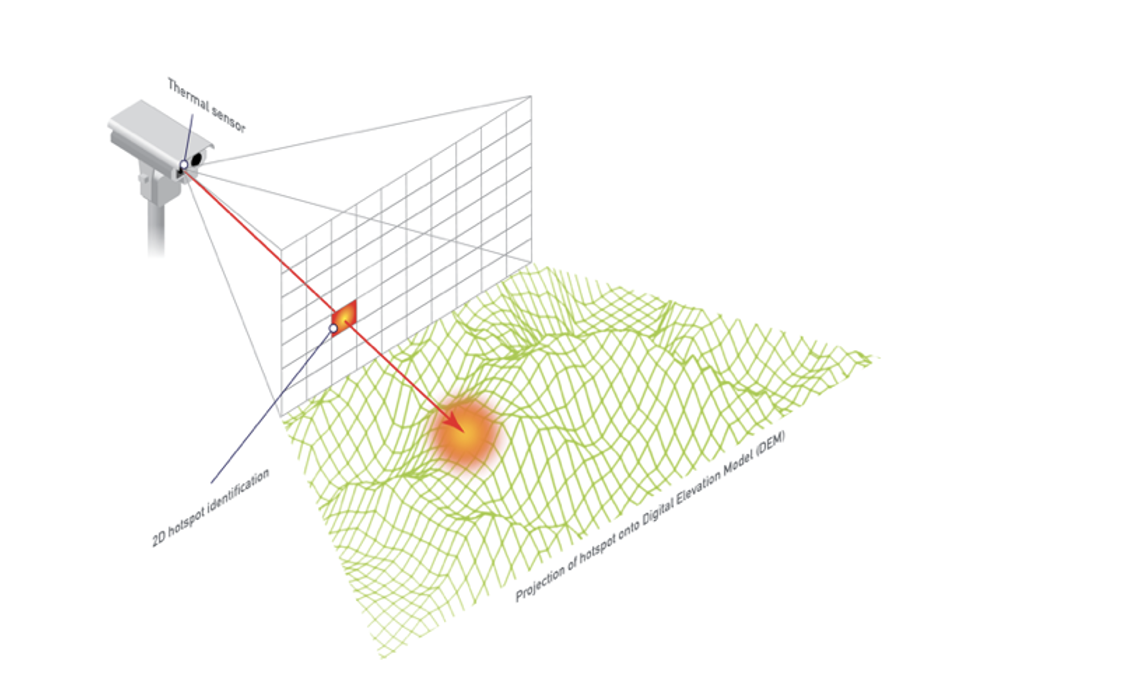 The mobile app will provide real-time information to users wherever they are. 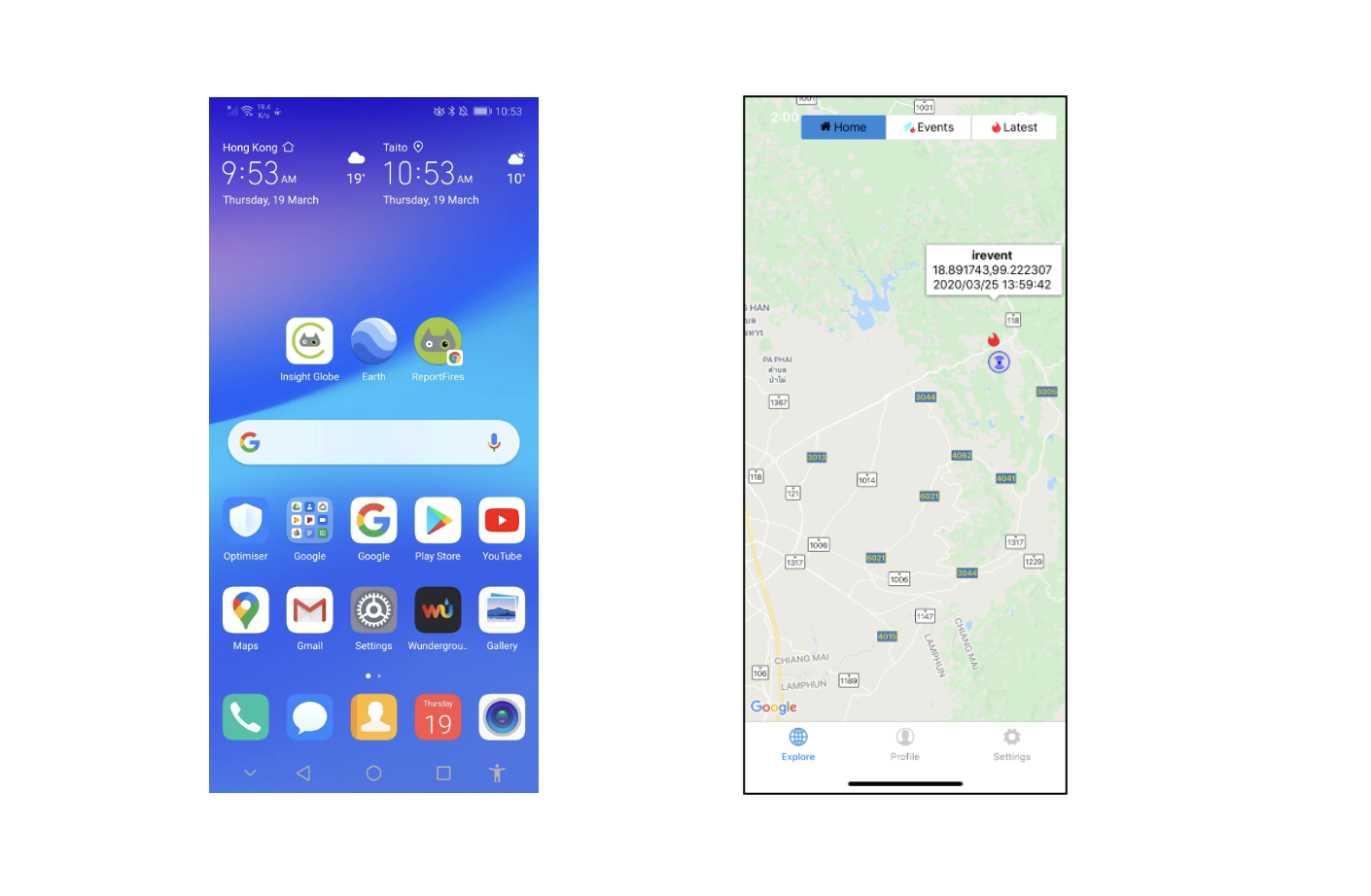 The Powerful SW Platform is a Graphical User Interface, using 2D and 3D maps to show the wildfire locations. It take inputs from 3rd party system, such as Davis or FTS fire station, and show the information in the interface, to help the wildfire service unit to have a holistic view of the situation: location, terrain and weather condition; it can remark on the GIS reference map all important areas (e.g. schools, camp sites, malls) and/or dangerous spots (gas stations, power plant); it can also display fire danger prediction or risk index information from external sources. 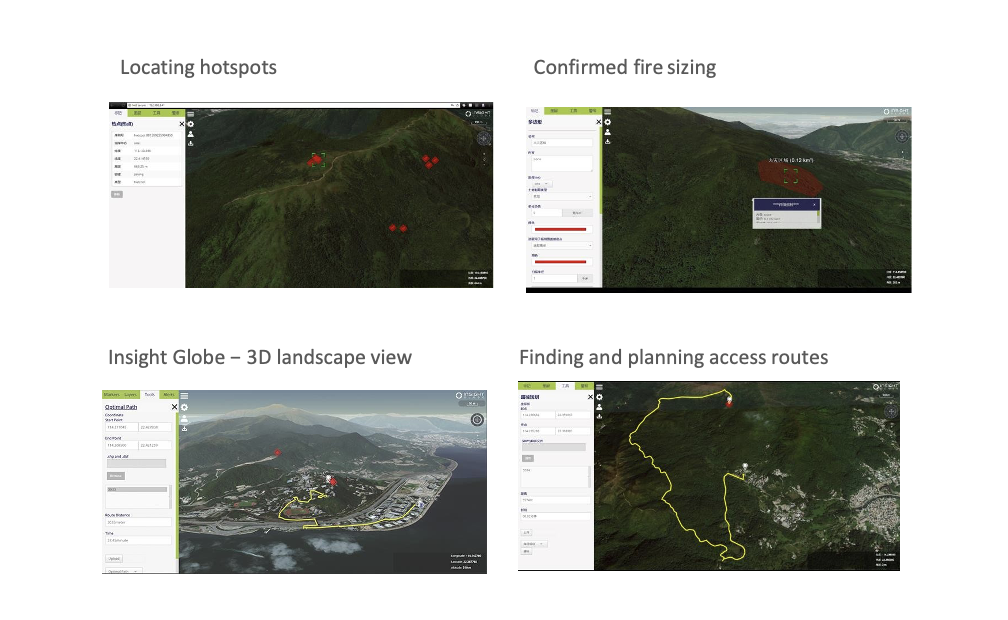 The use of Aerial Vigilance( Drone) can improve asset inspection, planning and management for wildfire threats. By integrating Fire Scan Robot and Aerial Vigilance, a holistic wildfire solution as a service can be offered to customers: 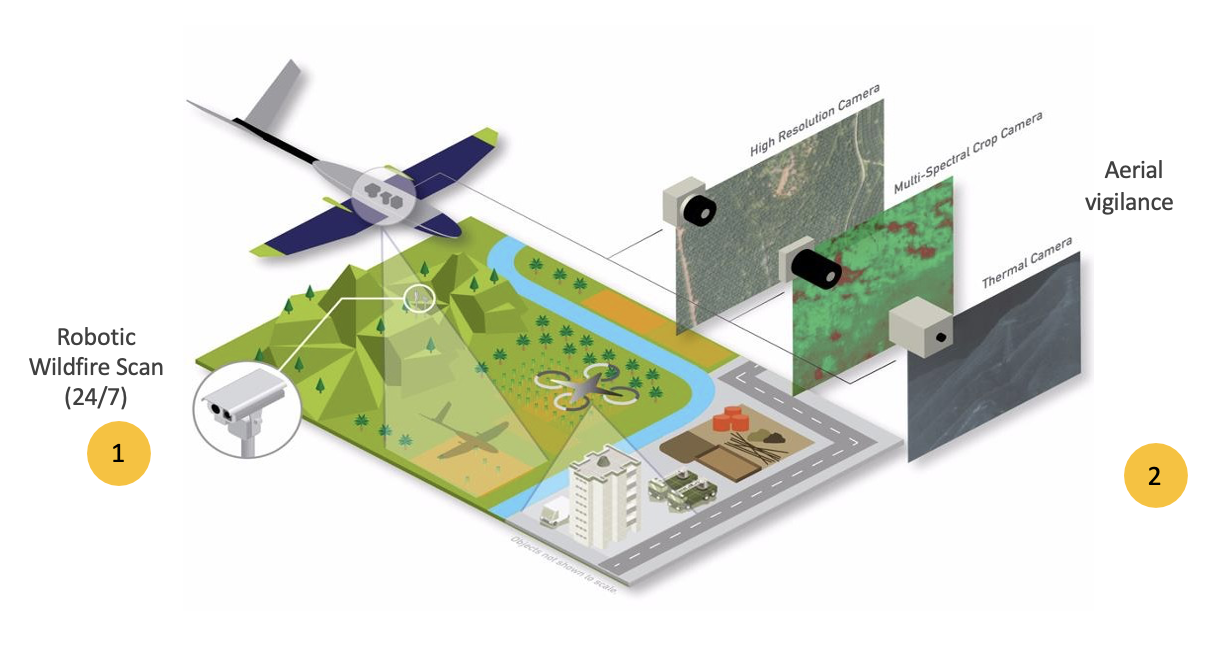 Efficiency on Cost and Energy

We are professional, and we will be always at your services!